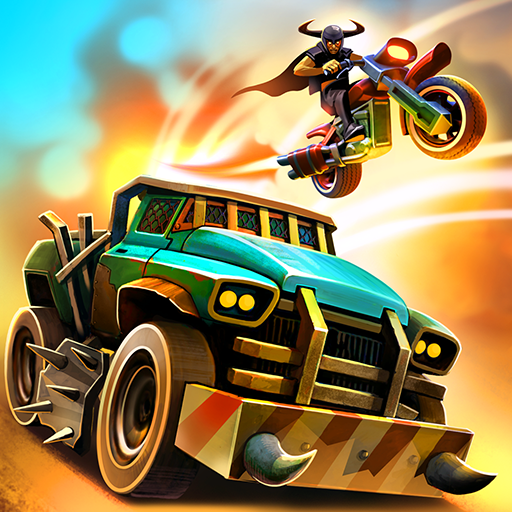 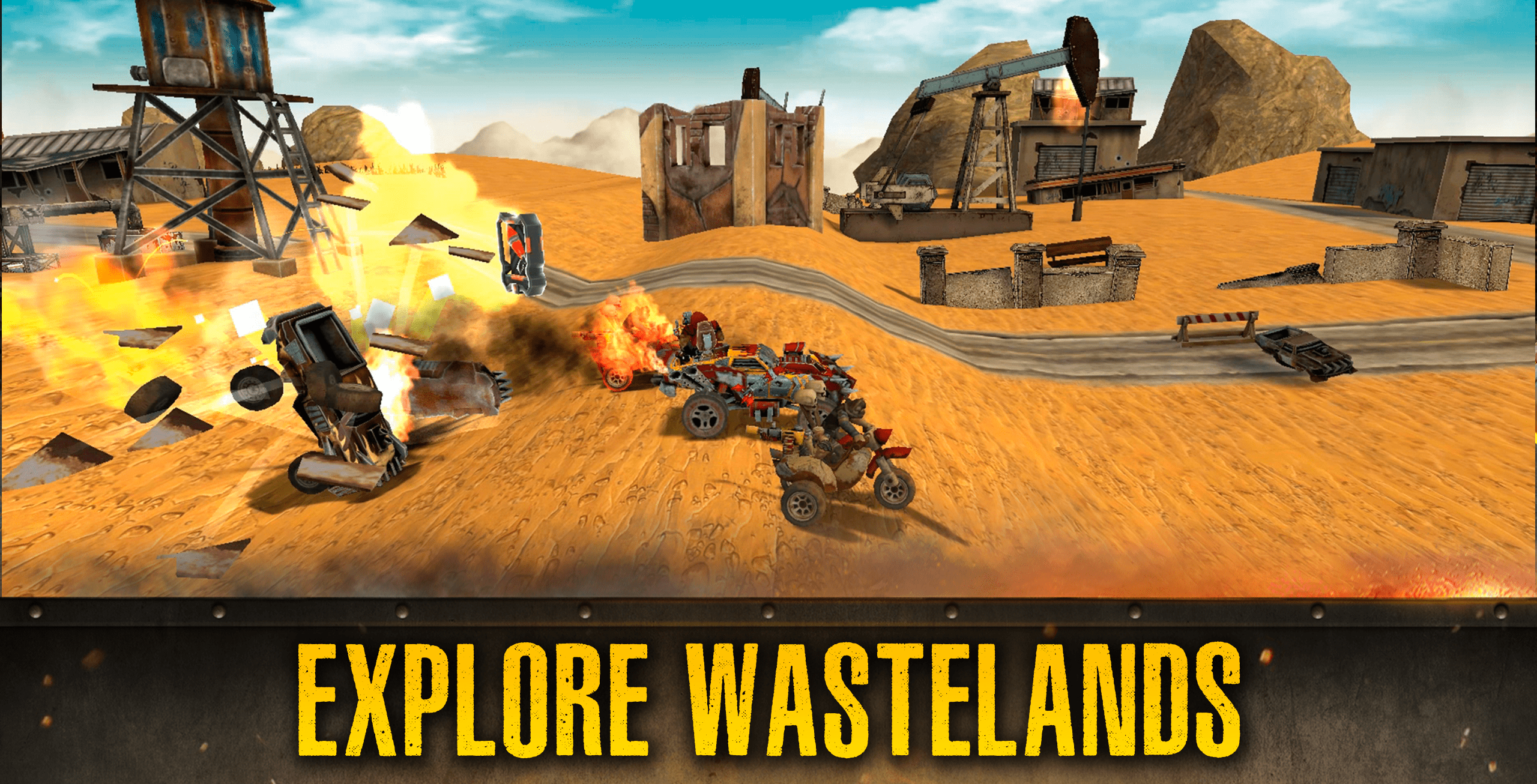 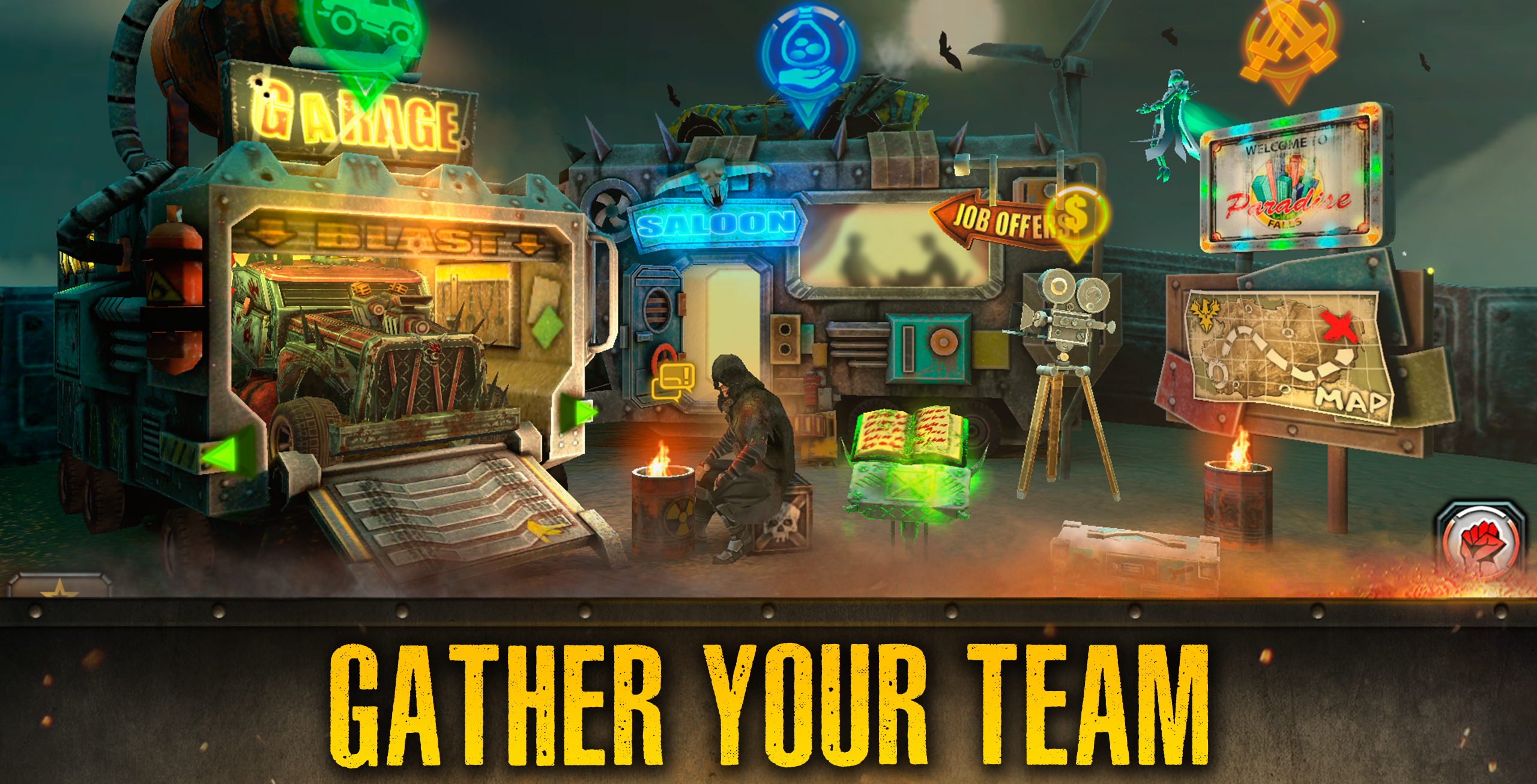 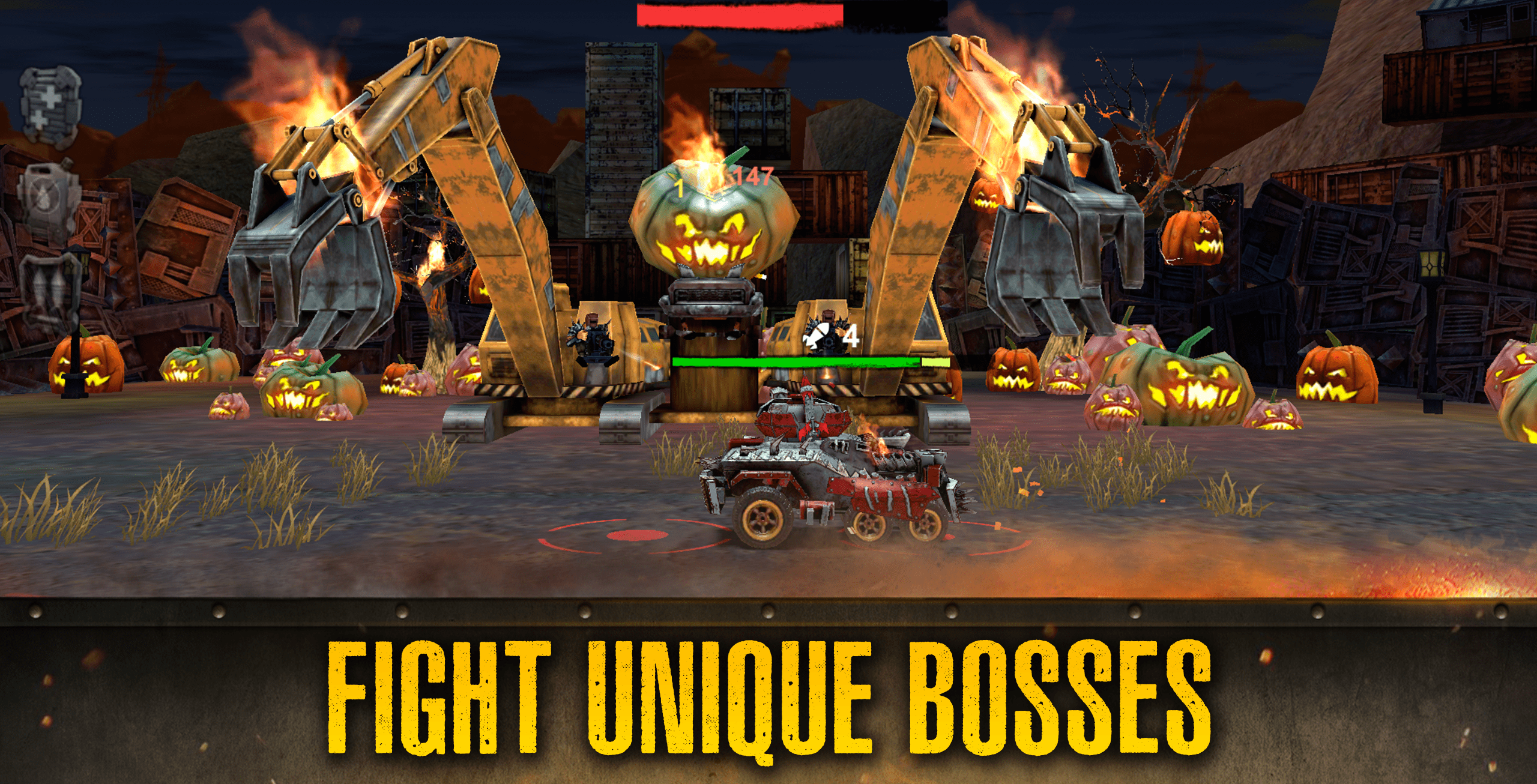 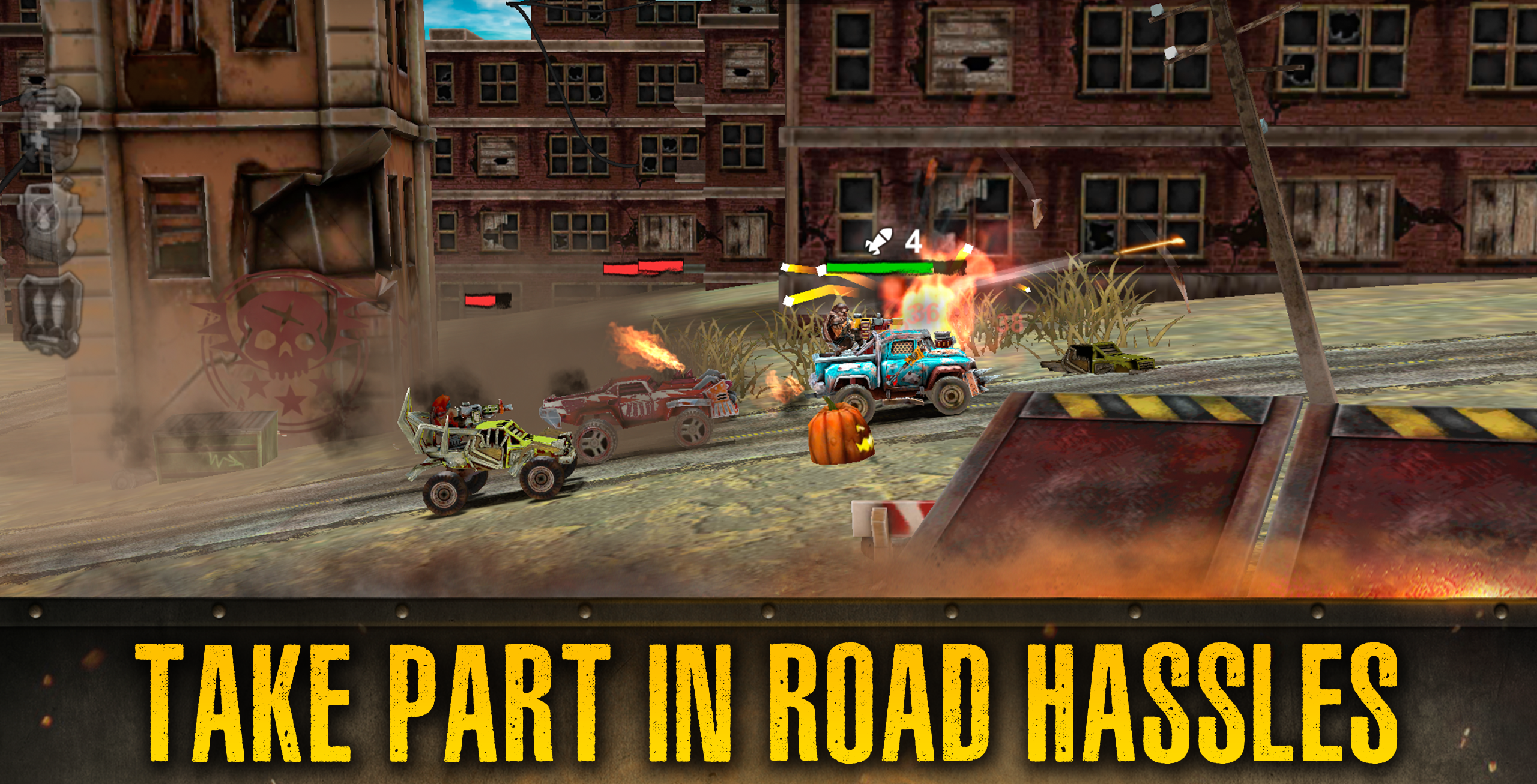 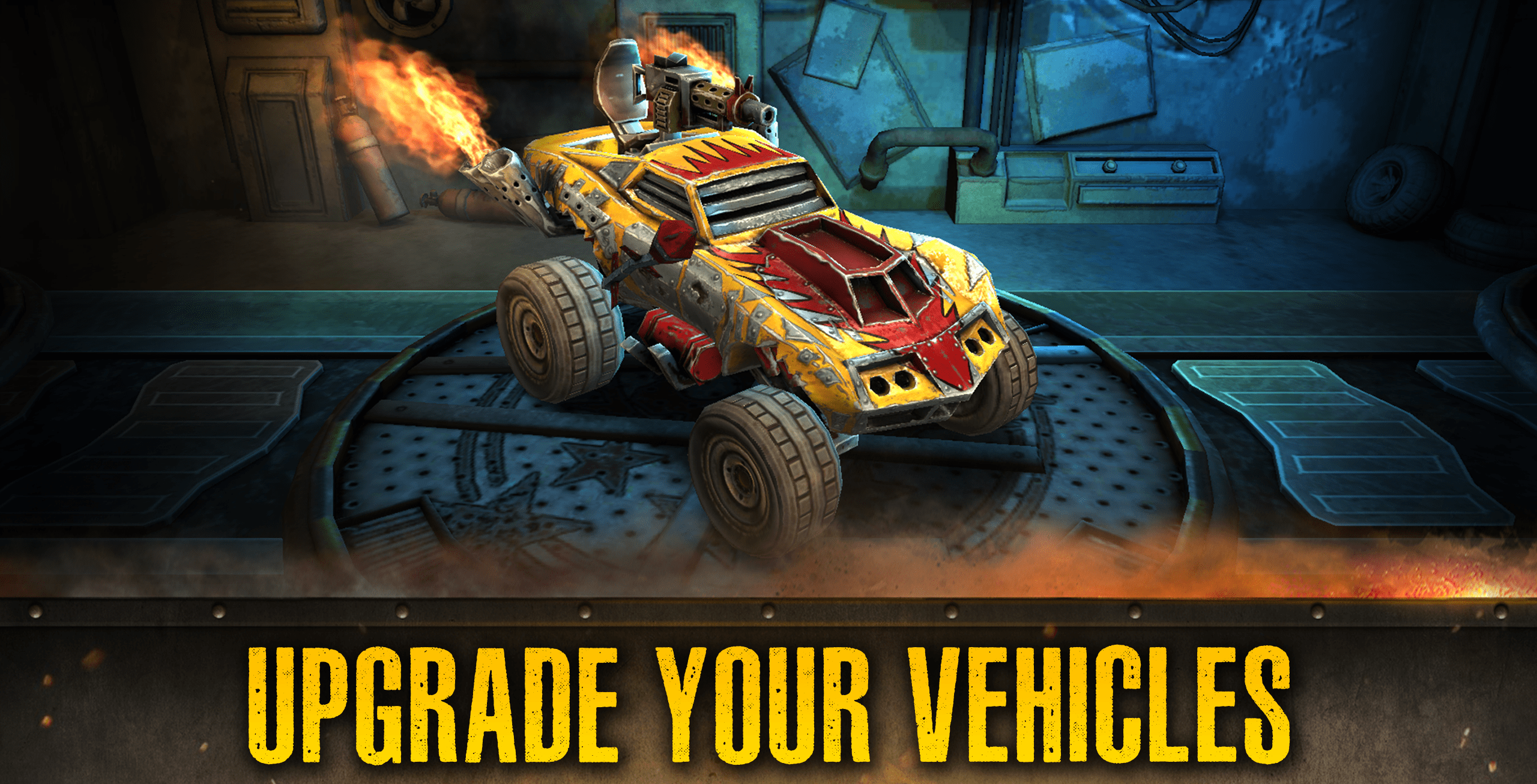 Welcome to Dead Paradise: Race Shooter, a free death race shooting game with car battles on fury roads! Choose and level up your death car, upgrade your shooting weapon, and damage your enemy! Destroy everything in your path using missiles and ammunition in the dangerous world of the post-apocalypse ruled by warring factions on wheels! Become the tough killer in the high-speed apocalypse race. Make your rivals tremble with fear! Show them the unrivaled driving, shooting, and fury! Dead Paradise: Race Shooter is not just street racing but also an action movie and spectacular shooting races against a crime boss! Road wars and total mayhem have begun!

Drive different cars and use a large arsenal of weapons - from machine guns to grenade launchers to destroy armed gangs and bring your family back home. Dodge bullets and mines to save your death car from damage and destruction. Survival is a prerequisite for winning the game Dead Paradise: Race Shooter! Aim all the firepower of weapons at your enemies! Show your military skills and gain power over all gangs! Fight in the deadly race for leadership!

Do you like car crashing, fury races and shooting car games with action, explosions, and mad driving? Do you like apocalypse games with the awesome graphics? Get behind the wheel of an armed death machine to participate in Dead Paradise: Race Shooter. Drive 10 types of cars that can conquer any obstacles. Smash enemies against the armor of the tank. You can watch this exciting race as your favorite action movie! Upgrade machine guns and death shotguns for earning shooting power and destruction abilities of your car. Create your monster trucks to be too tough for pirates on wheels!

Welcome to New America, the world of racing post apocalypse full of death, killers, destruction, and fury enemies. Professional racers compete to become a street legend, but you take part in a race for survival to save your family and the people you care about! You’ll drive a long way through the dangerous locations (deserts, quarries, suburbs, canyons, and airports) to find and take revenge on the offender. Dead Paradise: Race Shooter is a unique combination of arcade racing, road action, and driving simulator with crazy racing tracks.

PUT A TEAM TOGETHER

Dead Paradise: Race Shooter is not only a survival race against criminals, but also gladiator car fights. Crash and burn your enemies in fury racing action battles. Become a race leader, enhance your reputation, and gain access to new tracks, modifications, and monster cars. Destroy the brutal gang leaders together with your new friends, defeat all the crime bosses and earn the respect of the coolest racers on these streets! Burnout the world of apocalypse and kill your nemeses in the shooting car game!

-90+ exclusive levels in the world of apocalypse

Do you like car crashing, fury races and shooting car games with action, explosions and mad driving? Then show your driving skills and shooting tactics in the survival race of the action game Dead Paradise: Race Shooter! Destroy all obstacles, overcome competitors, and win in the fight against crime bosses in this shooter apocalypse race! Save your family and loved ones from the gangsters! Become the king of the streets and get the most terrific cars in the world! The most spectacular races are always about chasing, shooting, and awesome graphics. Break traffic rules and forget about any restrictions on the racetrack! Step on the gas, drive cool, and become the car killer!